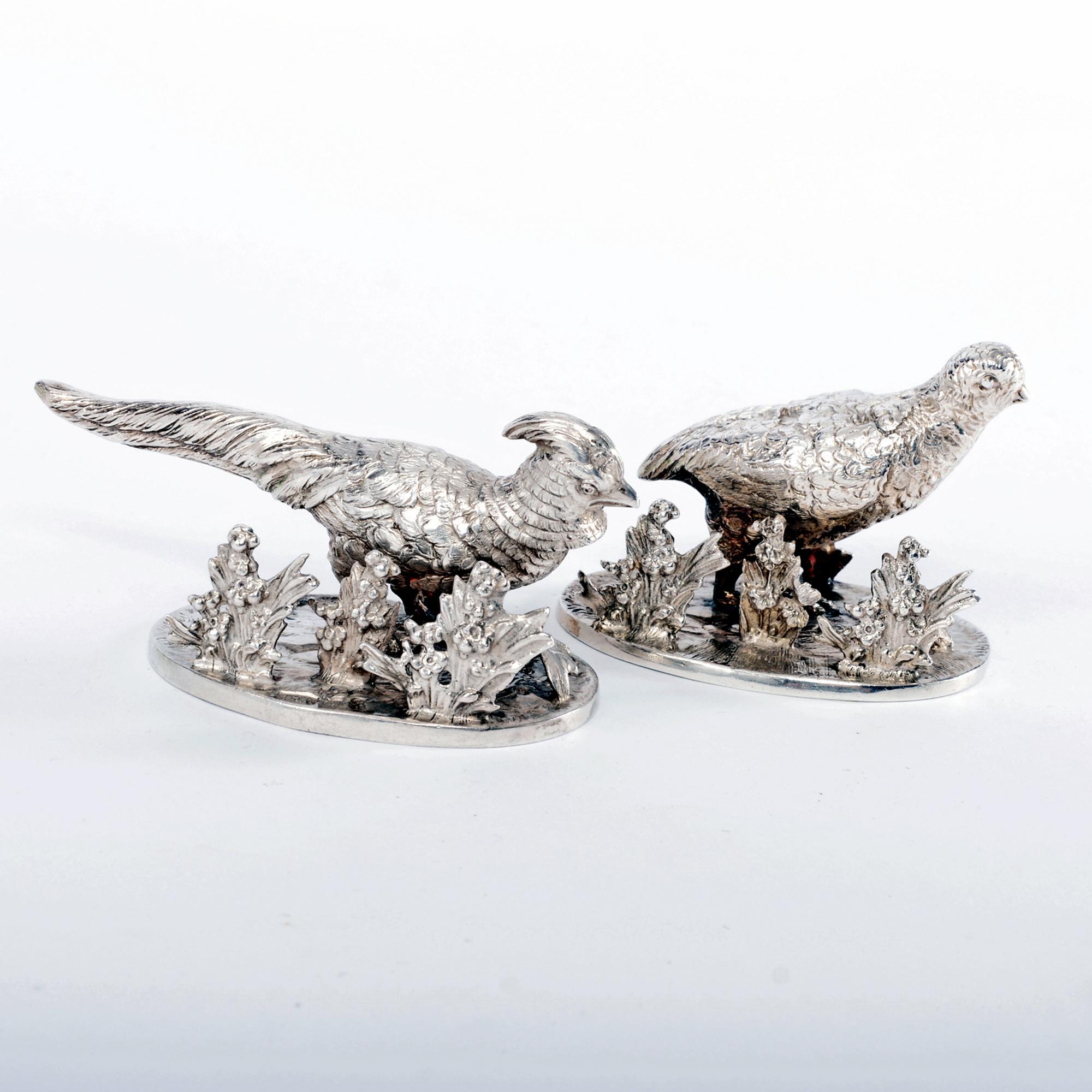 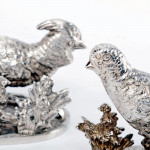 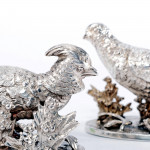 A pair of nicely and realistically details silver menu holders cast as a pheasant and a grouse on a landscape ground.

Berthold Müller, an agent in London and Chester, was the most notable importer of German silverware and enjoyed a long and successful business relationship with Neresheimer & Co, a noteworthy and prolific silver manufacturer in Hanau, Germany. Like Neresheimer, a large number of Hanau silversmiths produced silver objects for export to England and the USA.

Gift Inspiration For him