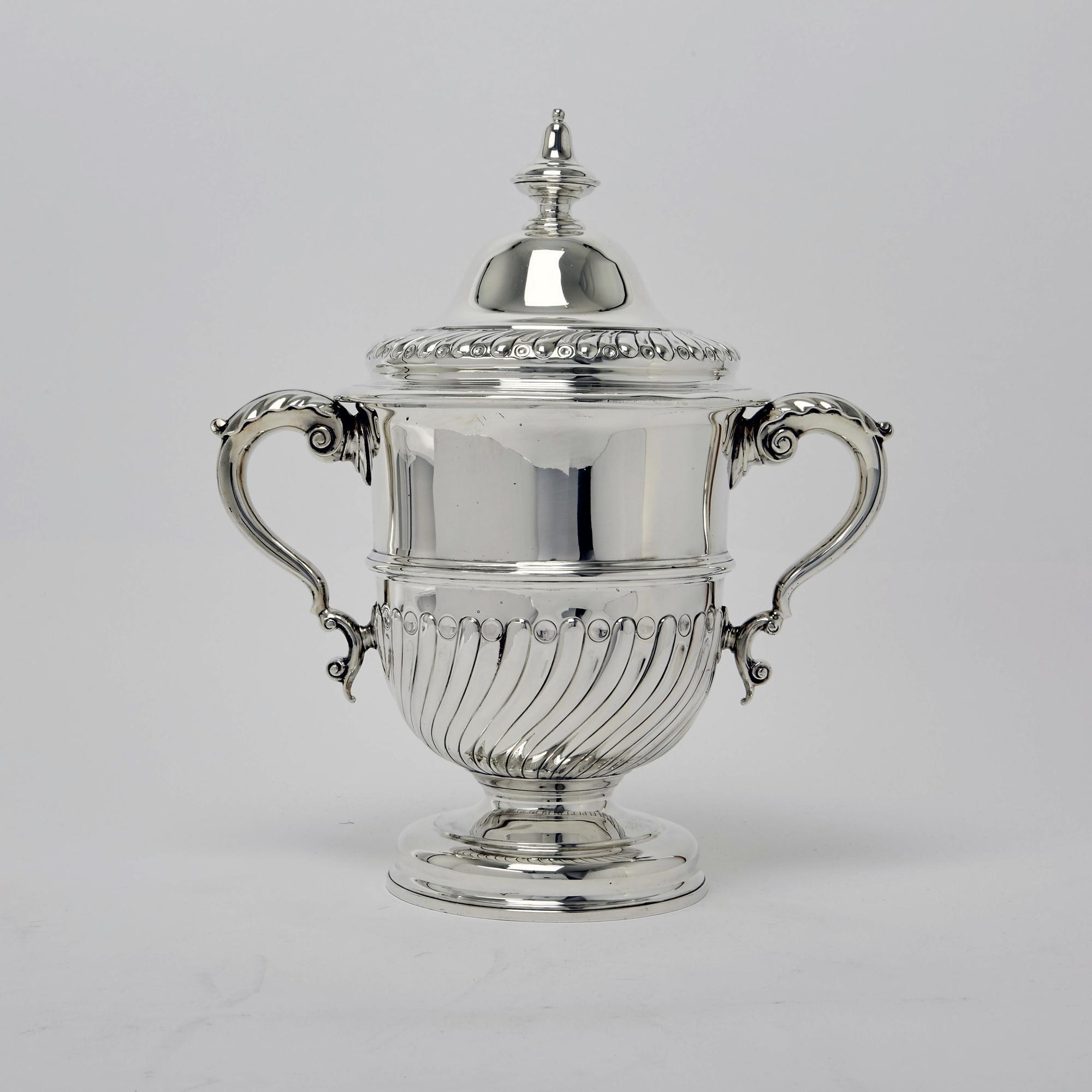 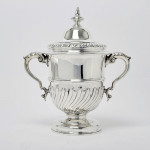 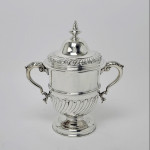 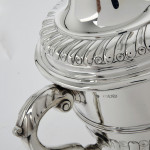 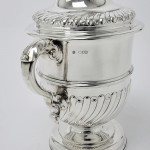 In a style that was originally made popular during the reign of George II circa 1730, this classic, late-Victorian silver trophy cup and cover features hand-chased swirling flutes around the bottom half of the body and cover. There is a moulded girdle circling the body and the raised centre of the cover is surmounted by a bell and bead finial.

This silver trophy is of a heavy gauge of metal and is suitable for engraving. All our trophies can be supplied with a bespoke wooden plinth and silver band or plaque for recording names of winners. For further information or a quotation, please get in touch.