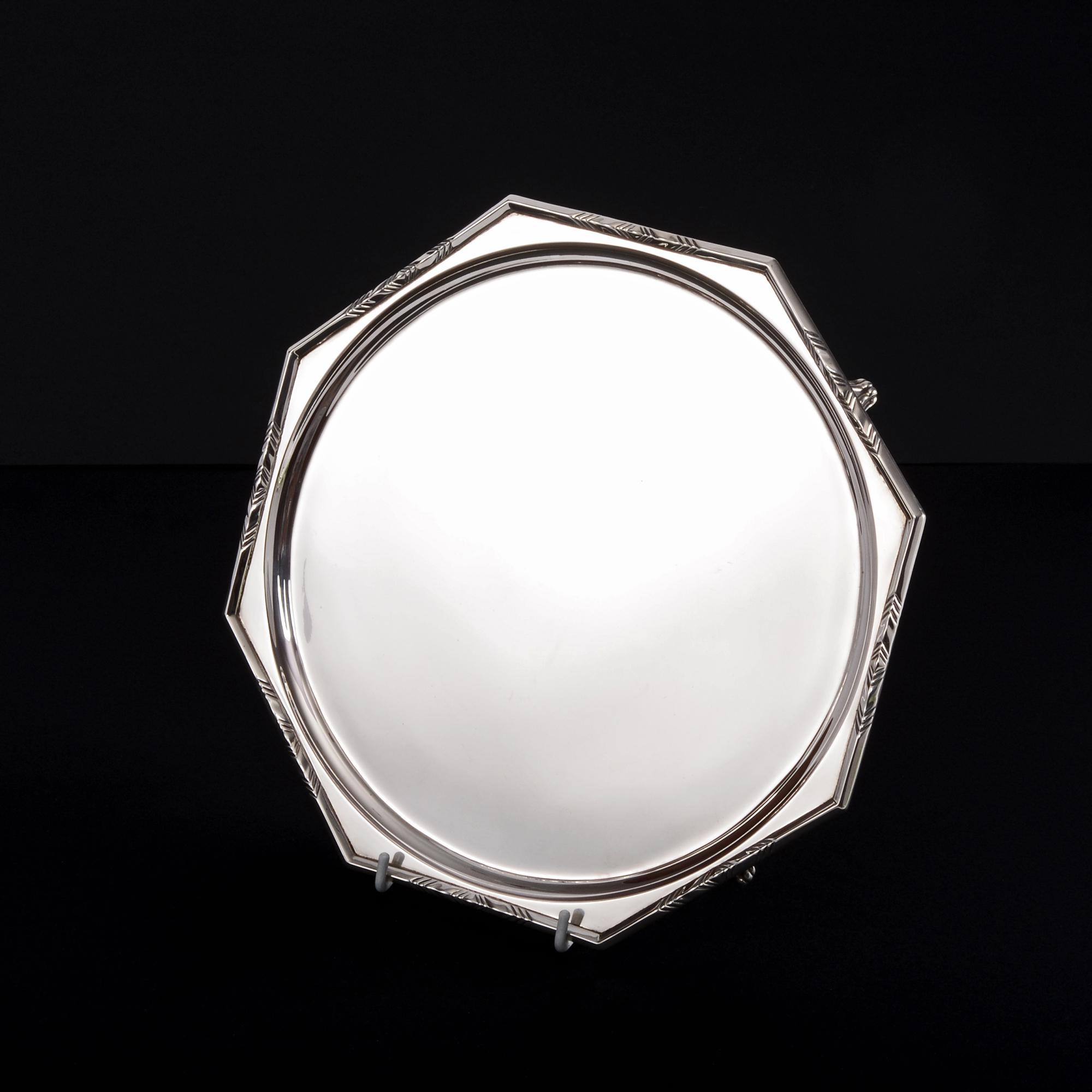 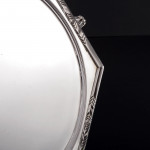 Art Deco was a popular design style in the 1920s and '30s characterised especially by sleek geometric or stylised forms. It represented luxury, glamour, exuberance, and faith in social and technological progress. For that reason silver cocktail and barware were popular categories of goods to reflect the style of the time.

The serving tray as we know it today is an evolution of the salver, which was a term used in England from the mid-seventeenth century to denote a flat tray without handles, usually made of silver. Some salver designs feature supporting feet - usually three or four.

The word derives from the Latin salvare meaning to save. Originally, food or drink intended for royalty would be initially tasted by a servant for signs of poison before it reached the royal top table. Being served on the salver indicated that this process had taken place and the food and drink was now fit for a king.

Salvers later became commonplace in aristocratic and wealthy homes and Samuel Pepys is recorded as an owner of a salver, signifying his high social standing.