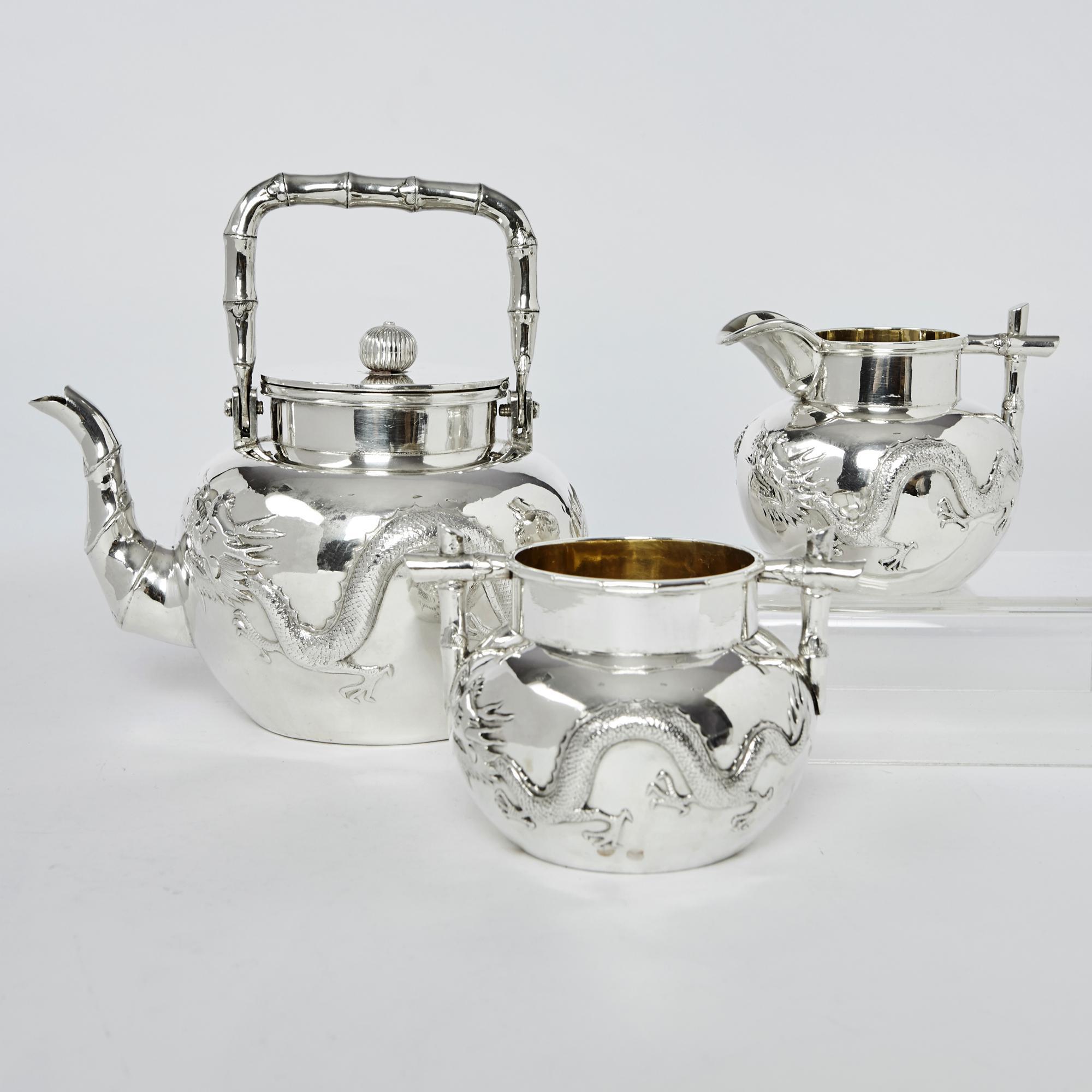 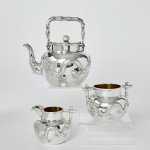 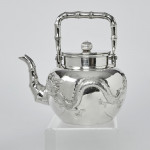 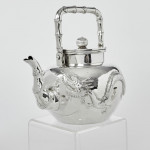 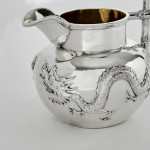 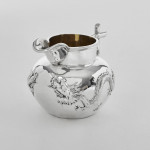 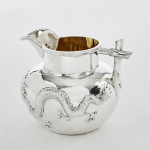 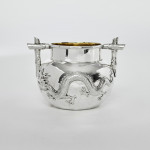 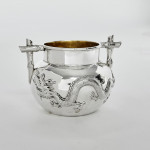 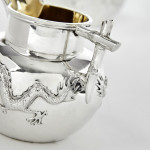 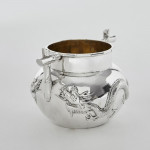 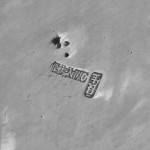 Classic Chinese export silver tea set comprising teapot, milk jug and sugar bowl made in the Liang Sheng  良生 workshop. For thousands of years dragons have symbolised wisdom, harmony and prosperity in China and each piece of this charming antique silver tea set features hand-chased dragon motifs - finely detailed and in high relief - while the shaped handles are formed to emulate bamboo, another Chinese design cue.

Luen Wo was probably considered the best and among the most successful retail silversmiths in Shanghai. Although not as prolific as its contemporary equivalent in Canton, Wang Hing, the quality was definitely on a par. As with all Chinese retail silversmiths, Luen Wo used a bewildering number of artisan silversmiths, one of which was Liang Sheng.

Chinese export silver was produced in China from the mid-18th to mid-20th century for a largely Western audience, made in the European style from melted Spanish silver; silver being the only currency Chinese merchants would accept for the trading of goods, such as tea, silks and spices, out of China.

With Western-inspired forms, new, highly desirable works of Chinese export silver were created, with a mix of Western forms and Eastern iconography. During the mid-China Trade period (1840-1880), silversmiths began adding Chinese decorative motifs such as bamboo, dragons or warriors onto typically Western forms. Cranes and dragons are extremely popular motifs and in ancient Chinese culture, the dragon represents imperial power.

Thank you to Adrien Von Ferscht (皇甫安) for sharing his knowledge. Adrien is considered the leading expert for Chinese export silver acting as an independent consultant and expert to museums, important private collections, academics and enthusiasts around the world.

Gift Inspiration For her