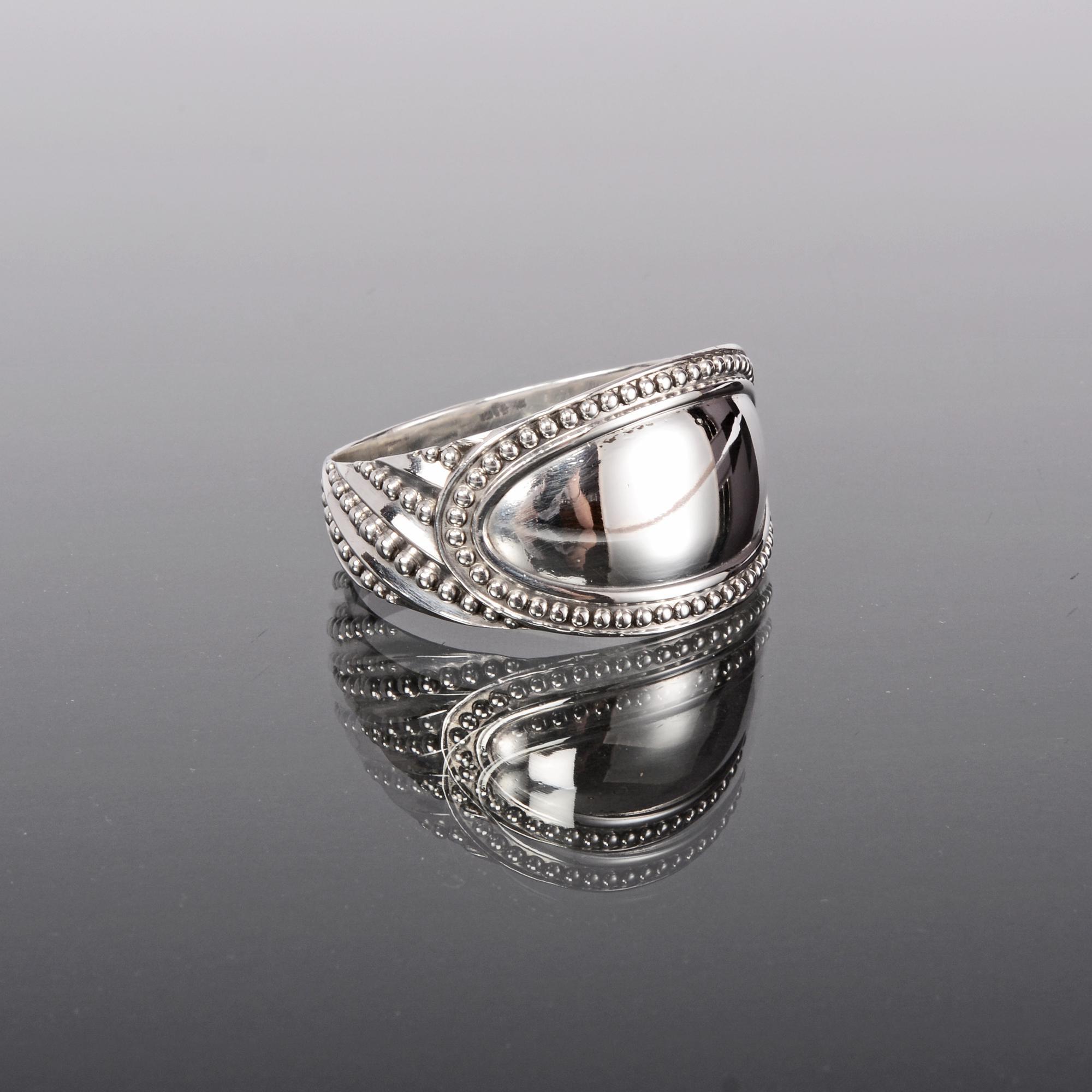 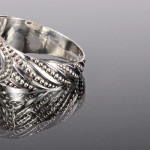 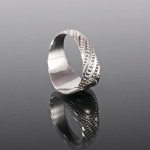 A Victorian period silver napkin ring of cast construction. The piece is a true ring in the sense that it has the unusual appearance of a large finger ring.