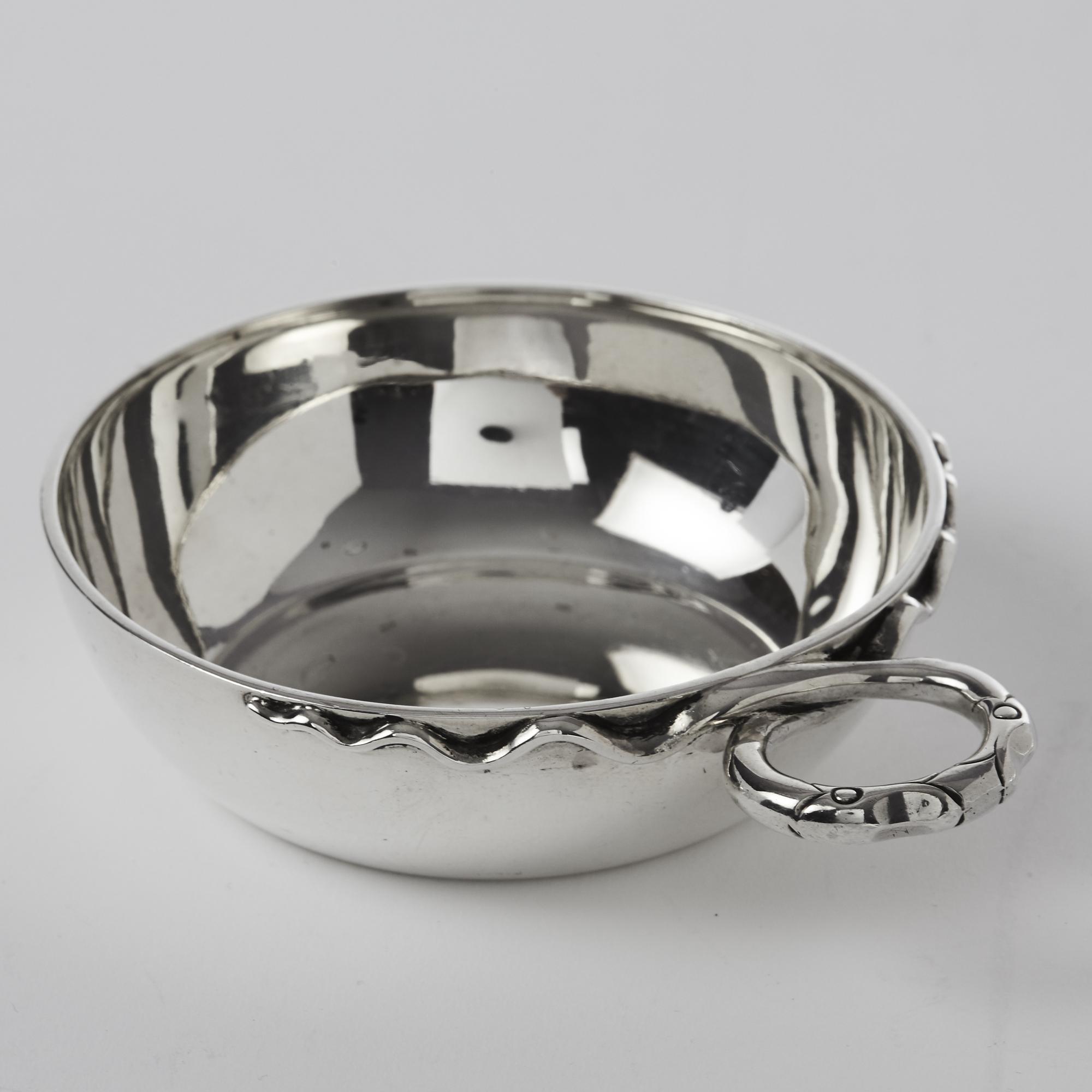 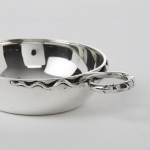 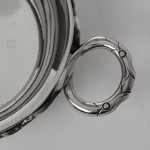 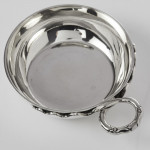 An English silver wine taster or, as the French sommelier calls it, a tastevin. This heavy gauge model is mounted with the traditional coiled serpent loop handle; a gentle nod to Dionysus, the Greek of wine, whose guests wound snakes around their arms during drunken revelries.

With origins in 14th century Burgundy, and the ceremonial symbol of the region, these flat-bottomed shallow cups, allowed the taster to judge the maturity, quality, clarity, appearance, taste and colour of a red wine when it was poured in a shallow layer over the brightly reflecting silver. Of course, silver is the perfect material to make tastevins; strong enough to withstand the rigours of daily use and silver will not taint the wine in any way.

Usually, the bottom of the cup is convex in shape. The dimples, convex bottom and the shiny silver surface catch as much light as possible while the concavities bring out the ruby-red reflections.
Often worn on a ribbon around the neck and considered an essential tool rather than an objet d'art in 15th or 16th century Burgundy, it was frequently given as a christening present to be kept in a pocket at all times.

Many fine articles were manufactured under the D & J Wellby name during the latter part of the Victorian era and into the 20th century.