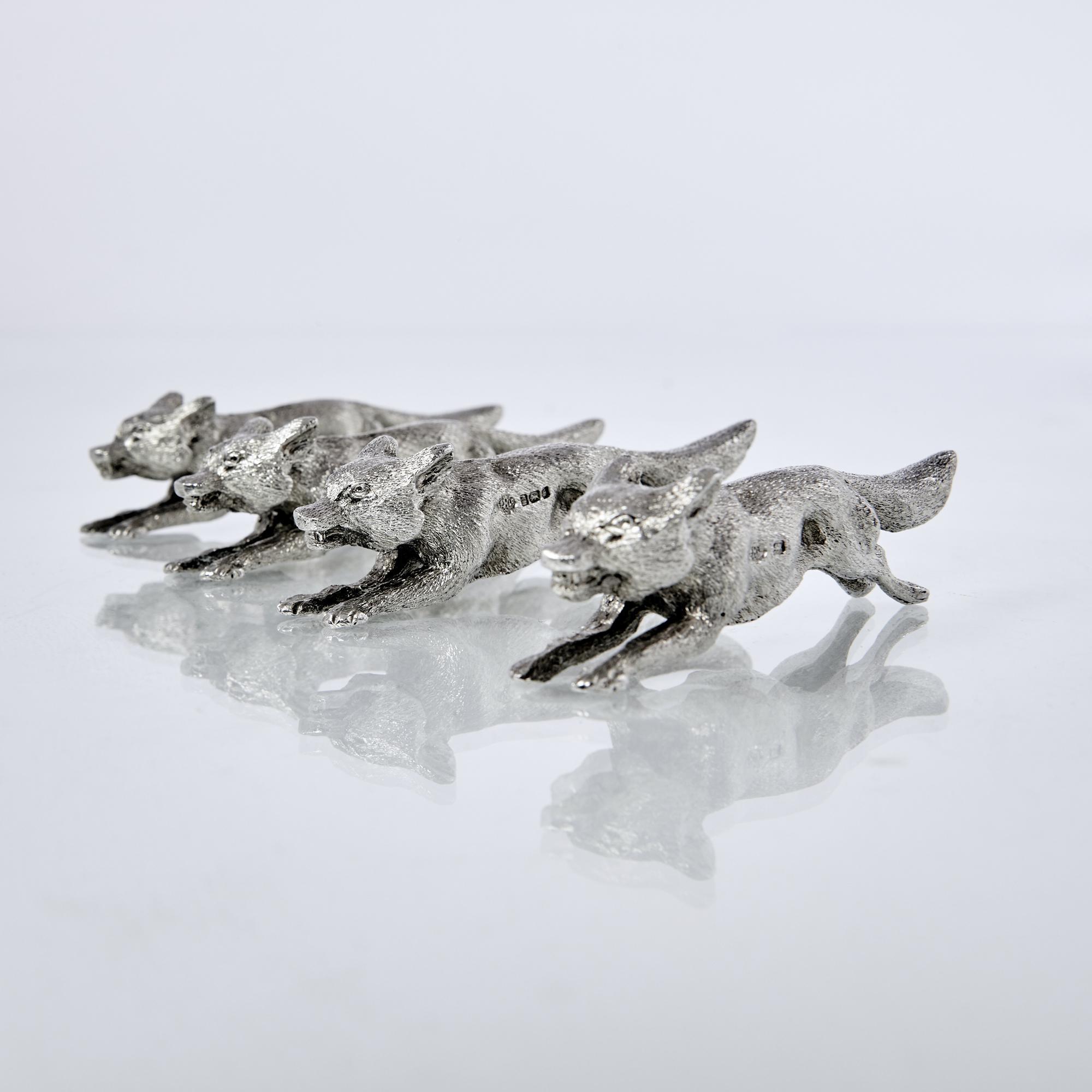 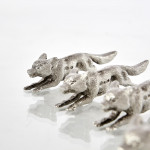 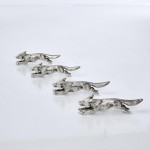 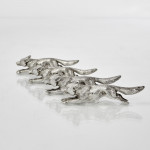 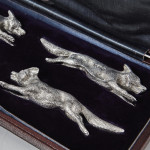 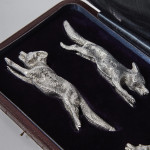 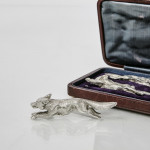 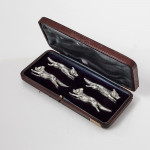 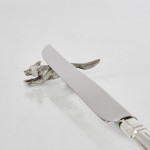 Knife rests have been around for longer than you might think. In the late 17th and early 18th centuries the gentry and ruling classes often sat down to a meal of up to 12 courses, but usually only one knife and fork per person. To save messing the table, tablecloth or sideboard, cutlery would be laid on something that kept them off the table.

The host would have a large pair for his carving knife and fork after carving portions for his guests, and among wealthier households, each diner's place would be set with a pair of silver knife rests to use during the meal.

From the 18th century, silver knife rests started to appear in pairs and larger sets and in a variety of designs. Sometimes silver knife rests matched the silver cutlery service, but more unusual and novelty pieces like these silver foxes were made too.