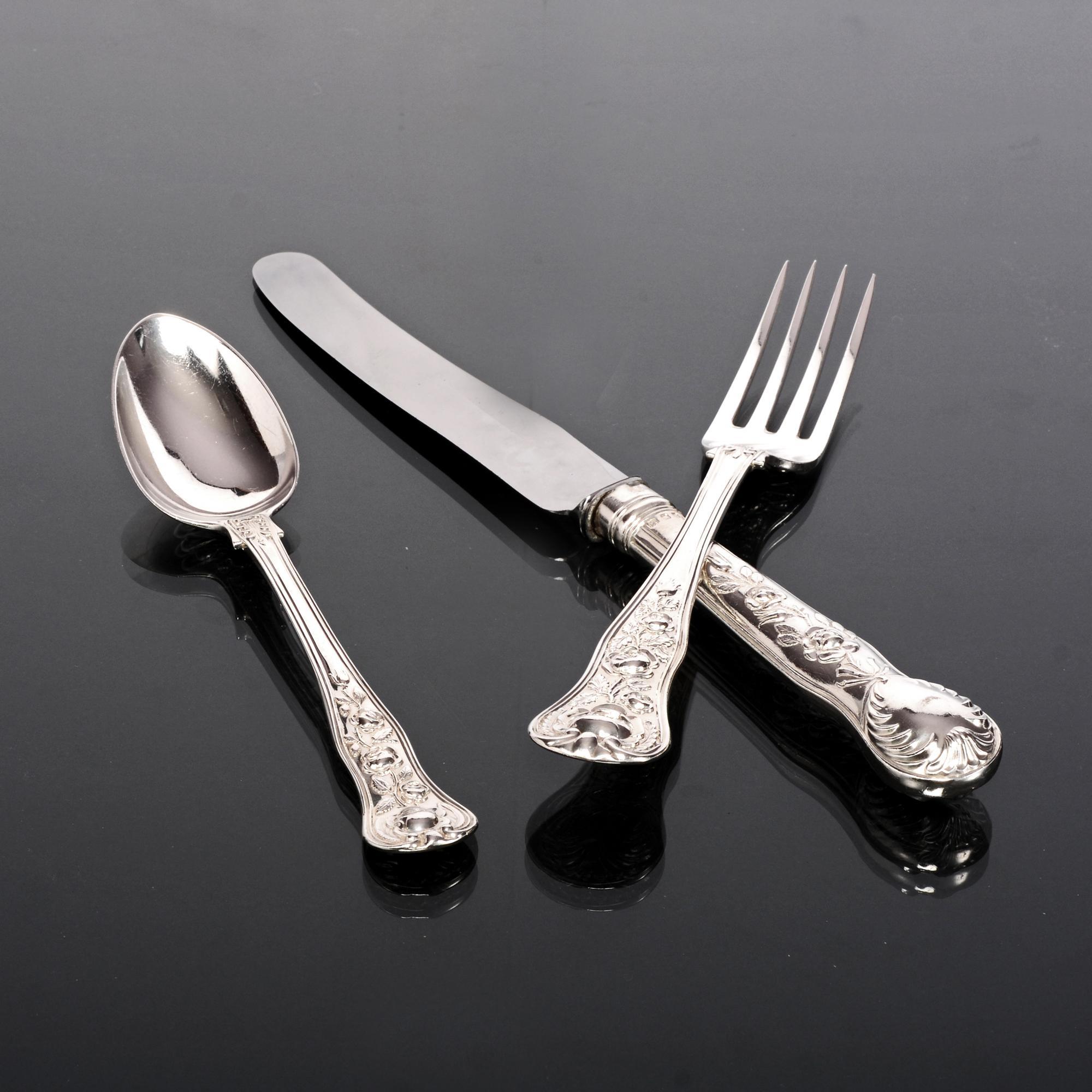 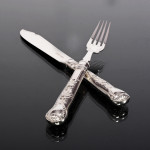 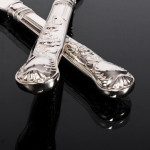 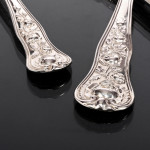 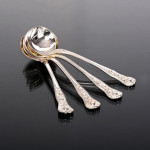 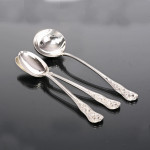 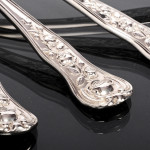 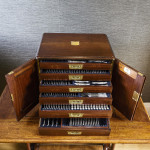 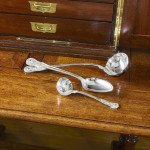 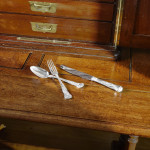 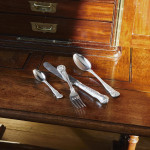 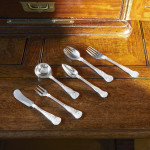 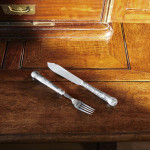 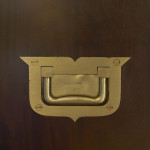 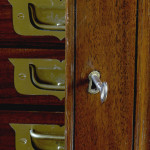 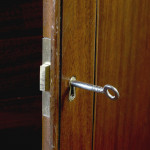 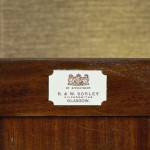 Add to WishList
Add to Compare

A rare and extensive, Victorian, hand-forged silver cutlery set for 18 people in the Rose pattern. An early 19th century variant of the King's shape, Rose pattern is a double-struck design - that is decorated back and front - ornamented with trailing roses. Two types are known and this pattern bears the union shell heel, mostly found on early examples. Early services are rare.

And fish eaters made by Henry Birks & Sons of Sheffield, 1936

* Runcible is a nonsense word invented by the poet Edward Lear. The word appears several times in his works, most famously as the runcible spoon used by the Owl and the Pussycat. Since the 1920s (several decades after Lear's death), modern dictionaries generally define a runcible spoon as a fork with three broad curved tines and a sharpened edge, used with pickles or hors d'oeuvres, such as a pickle fork.

This cutlery set is not available to purchase online. If you would like to buy this flatware service, please get in touch directly.