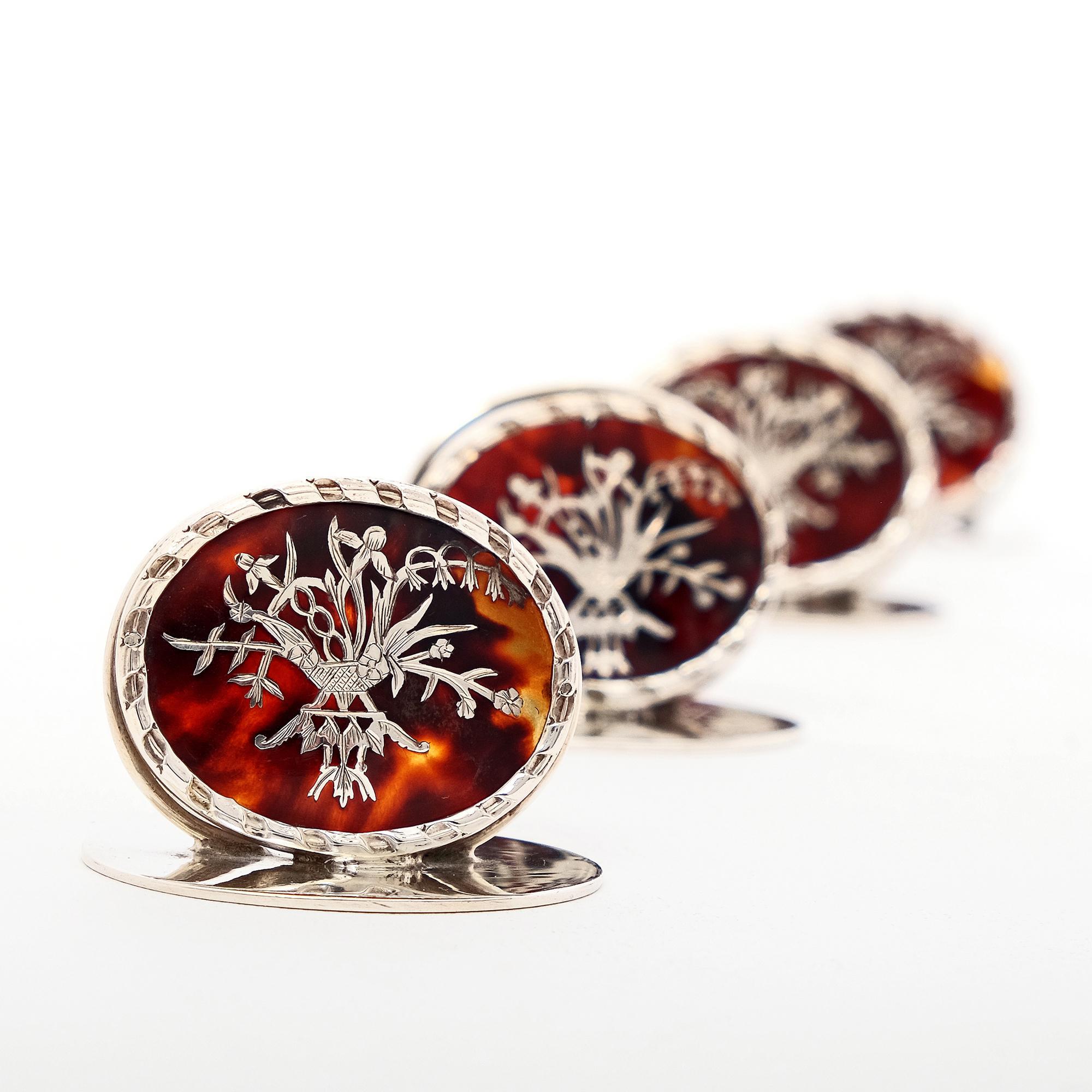 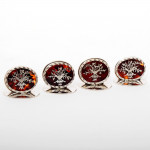 The technique used on these menu holders is called piqué, where gold or silver is inlaid into another material, in this case tortoiseshell. Despite being expensive, the use of tortoiseshell in the decorative arts was very popular in 18th and 19th century Europe. Not only did it have a beautiful mottled appearance and was durable, but it was also lightweight and could be easily fashioned into other shapes; jewellery boxes and tea caddies were prime examples.

Tortoiseshell is quite malleable when heated, so when very fine gold, or in this case silver, was fashioned into delicate designs and then pressed into the warmed tortoiseshell, the silver then cooled and the shell contracted to hold the silver in place.