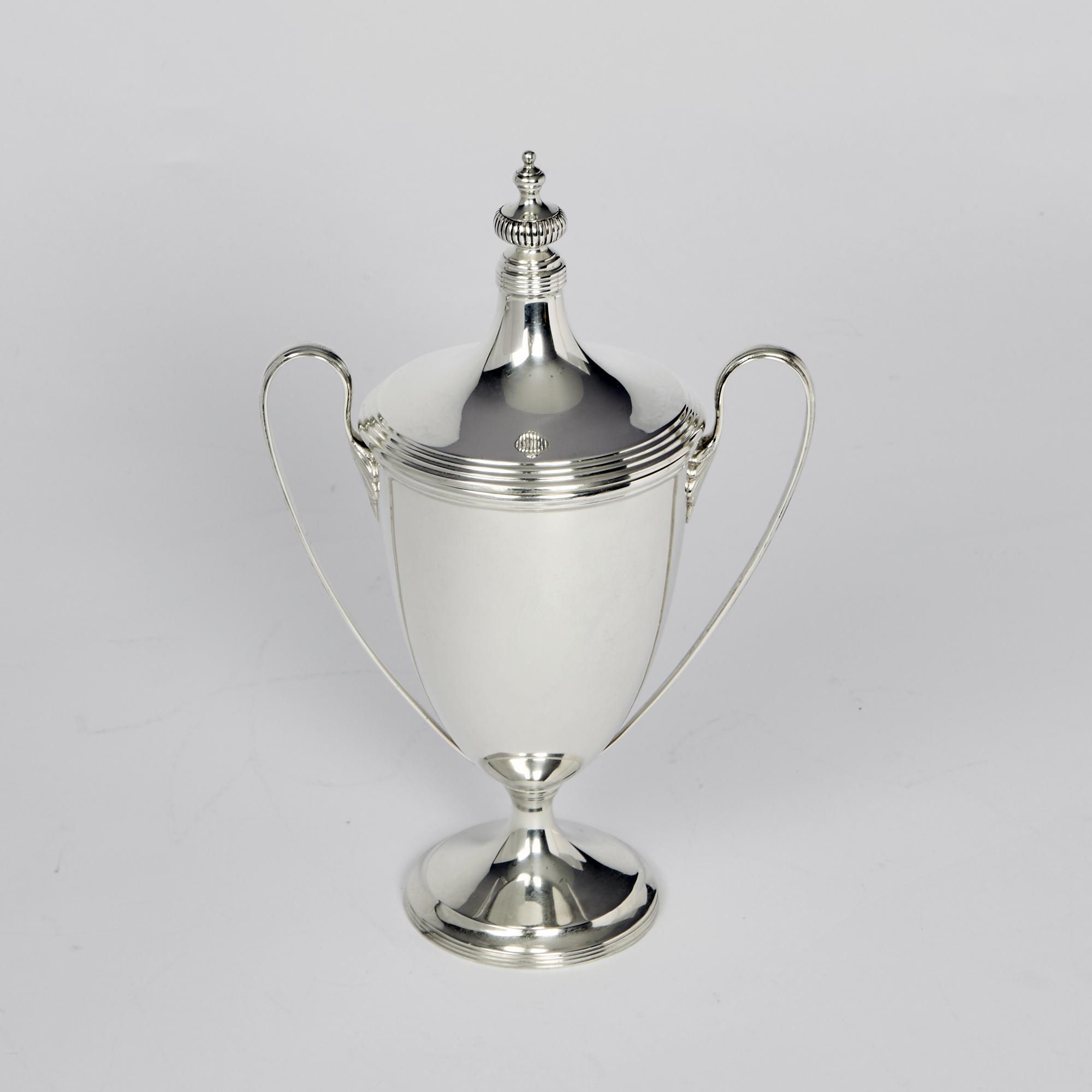 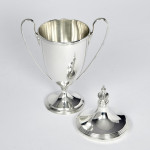 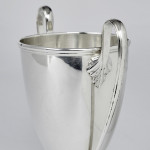 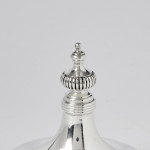 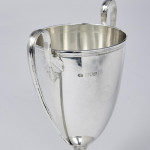 Antique, Edwardian period silver trophy cup and cover in the neoclassical style, that was popular in the late 1700s. All our trophies can be supplied with a bespoke wooden plinth and silver band or plaque for recording names of winners. For further information or a quotation, please get in touch.

Elkington is one of the most important names in English silver and certainly the most important in silver plate. Established by George Richards Elkington in 1836, and joined by other Elkington family, the firm revolutionised the silver industry when George Richards Elkington discovered, perfected and patented an electroplating technique to deposit a layer of silver and fuse it onto the surface of a base metal. It was extremely successful and gave birth to a large new market of silver-plated tableware. The firm employed some of the best British and European designers of the day and produced decorative silver in a wide variety of styles.