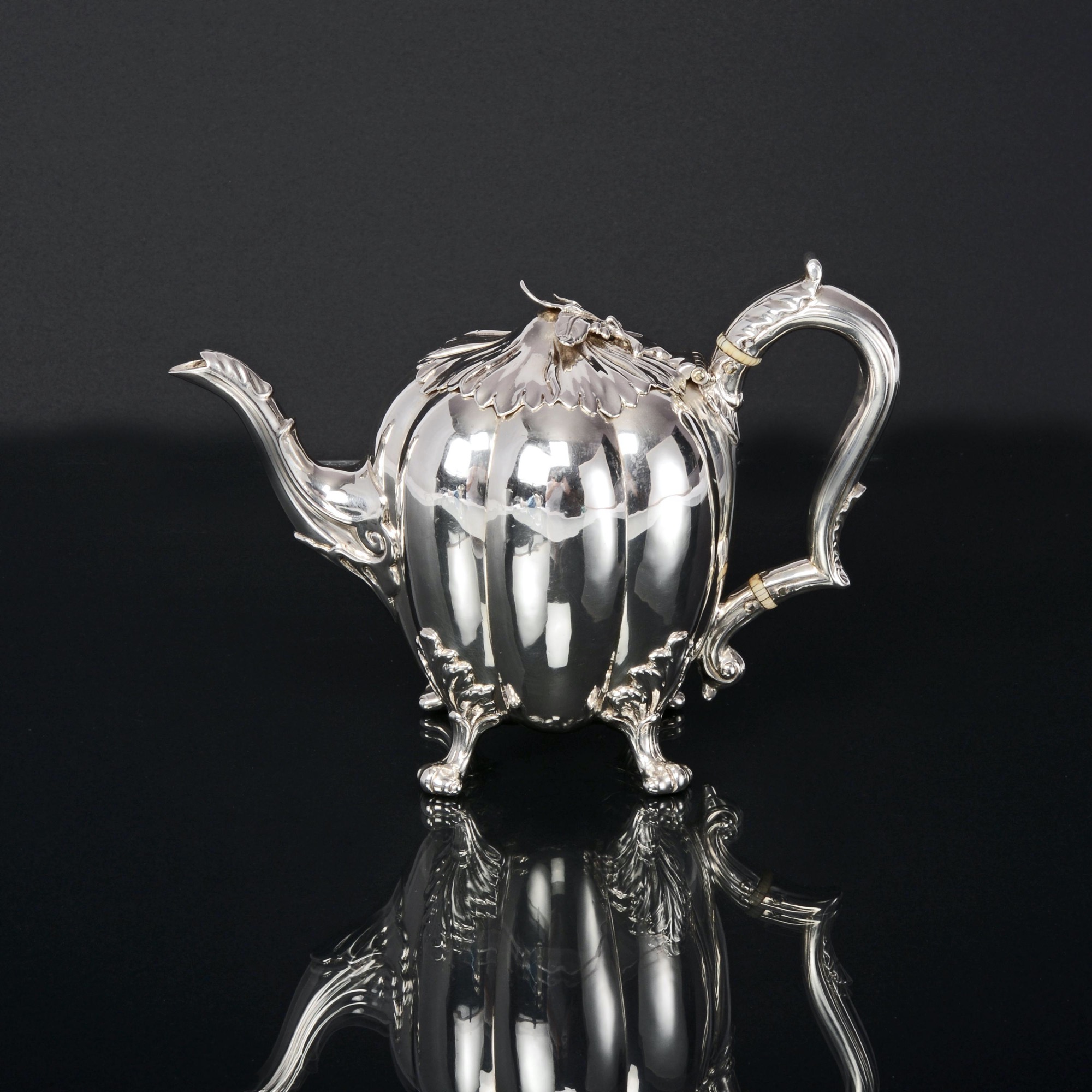 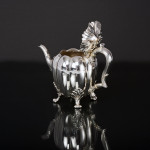 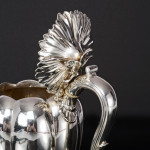 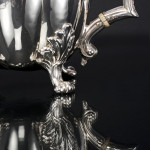 An unusual and decorative silver teapot in the form of a pumpkin or melon with a moulded leaf lid and cast finial. This wonderful pot is mounted on four cast leaf and scroll feet and has an insulated silver handle.

Rather unusually, we have an identical matching teapot by the same maker, Joseph Angell, in the same year,1836, that would make a striking pair of silver teapots.

A silver teapot pours like no other and sterling silver is the perfect material for making teapots:

· No other material can be fashioned into such elegant and detailed forms, reflect light as beautifully, and a perfectly formed silver teapot spout will never drip.

· Second only to diamonds, silver has the highest thermal conductivity of any material, meaning that tea leaves can be brewed at a higher temperature than in any other teapot, allowing the tea leaves to fully release their flavours.

· That same high thermal conductivity means a silver teapot will retain heat and keep tea hot for much longer.

· Unlike porcelain and ceramic teapots, silver is sturdy and long-lasting, does not shatter and the occasional dent can be debruised.