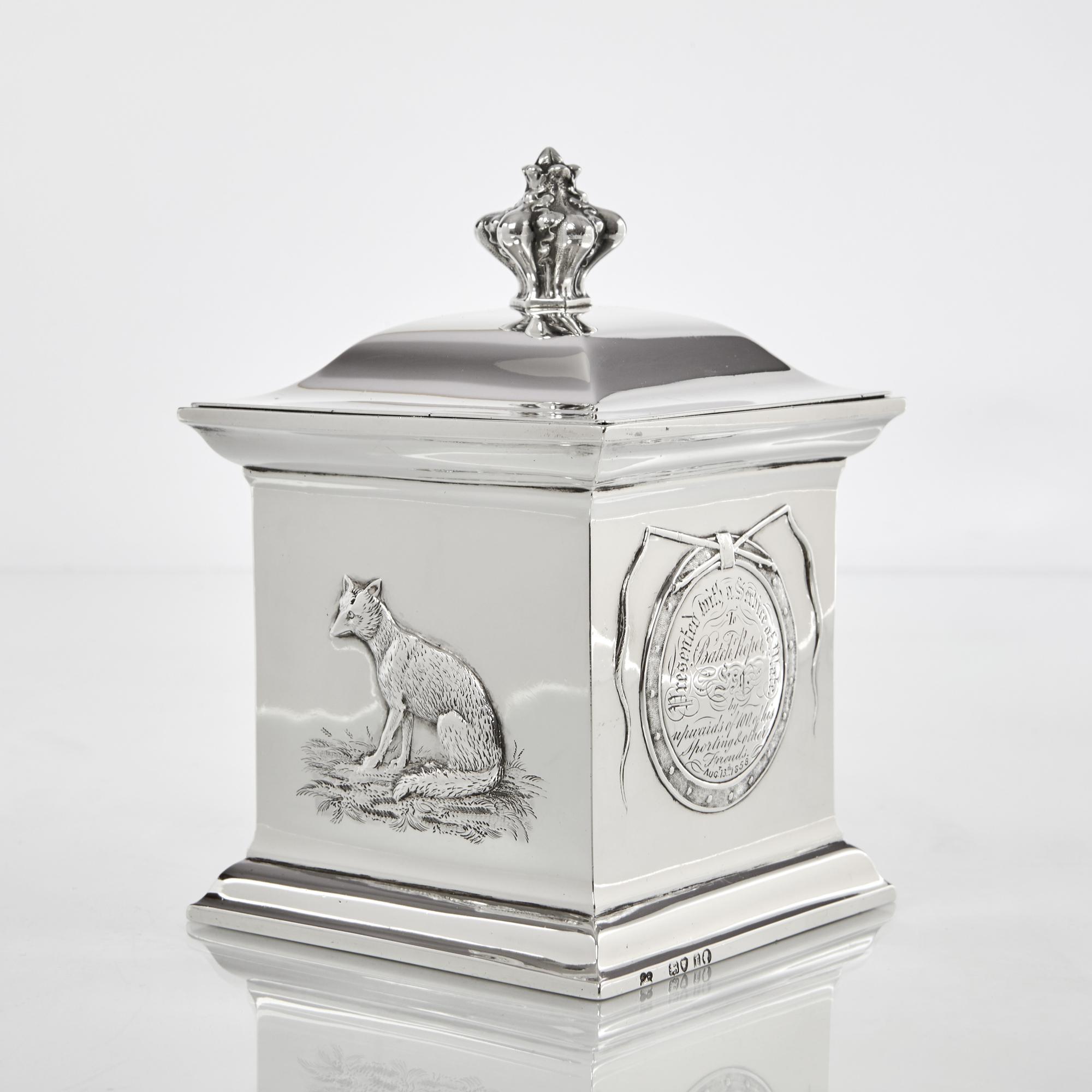 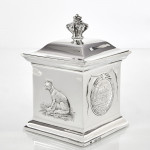 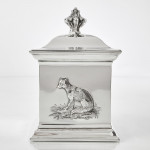 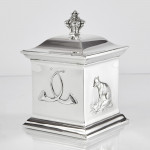 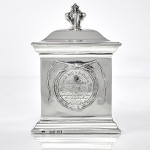 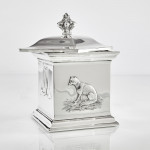 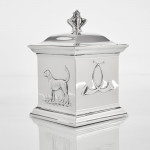 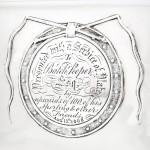 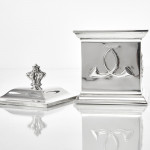 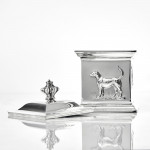 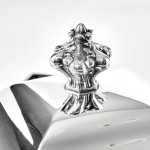 Rare, handmade, Victorian silver tea caddy box with a panelled, lift-off cover and finial featuring stylised oak leaves. Three of the square silver faces are hand chased with images on a fox hunting theme: a sitting fox, a hunting hound and a pair of crossed hunting horns. The fourth side bears an inscription within a hand-chased, studded shield two crossed hunting whips overarching.

Judging by the inscription, where the reference to a service of Plate translates as a set of silverware, the recipient must have been held in high esteem:

Tea drinking in England became fashionable and hugely popular among the wealthy from the late 17th century. For most of the 18th century, import duties and the East India Company's monopoly on importing tea kept the price of tea artificially high making it a very expensive commodity. This in turn established the need for airtight, lockable tea canisters and chests, not only to preserve the tea's distinctive flavours, but to protect the precious contents.

Commensurate with the high value of the contents, caddies became treasured and valuable accessories in their own right often made in fine porcelain or silver, and invariably fitted with a key.

By the end of the 18th century tea canisters and chests were referred to as tea caddies. The word caddy is thought to derive from the Malay word "kati" which was a measure of tea weighing about one imperial pound