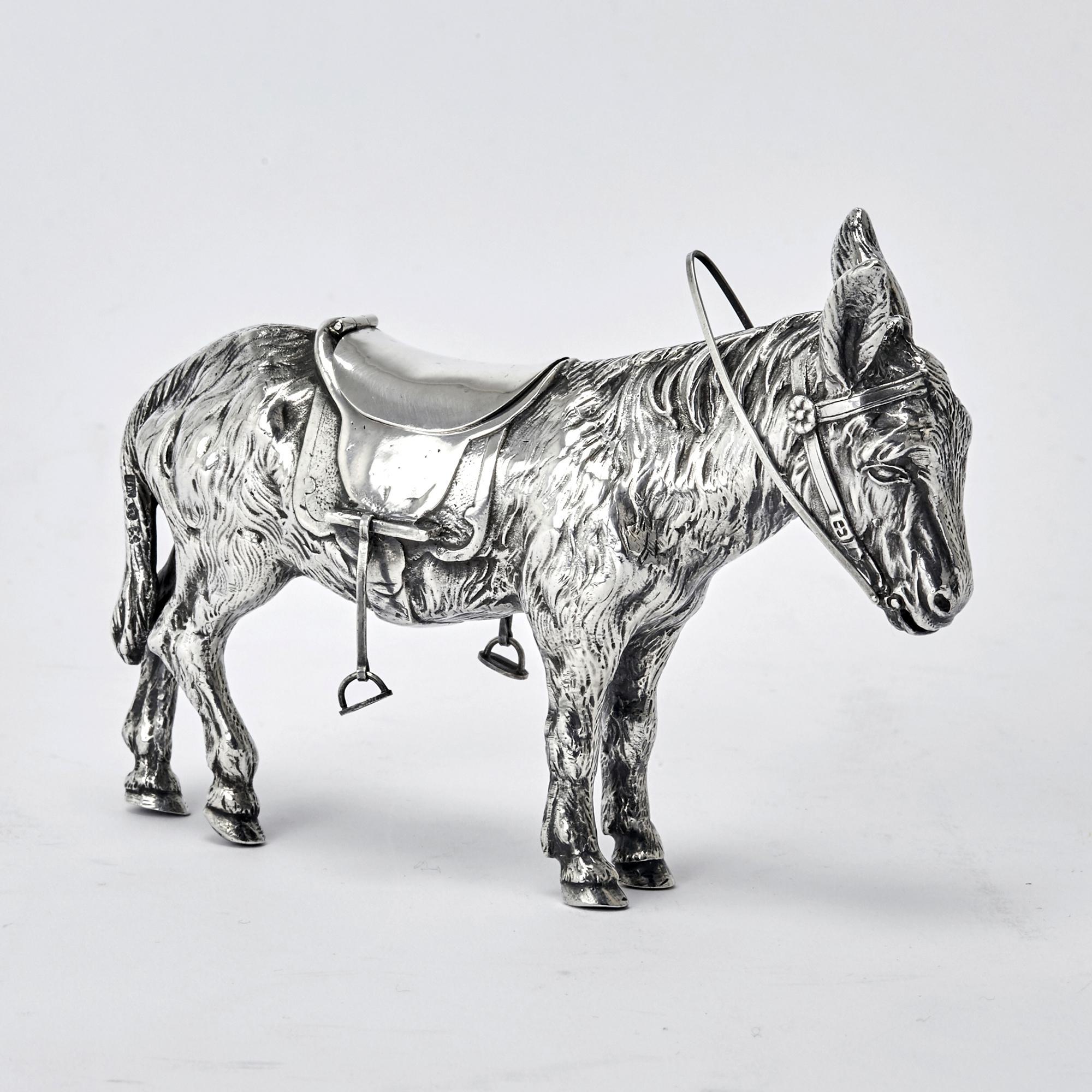 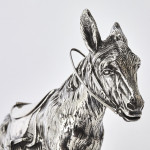 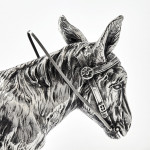 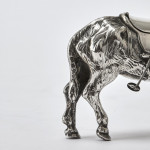 Rare and unusual silver milk jug or creamer cast in the form of a saddled donkey. It is unusual in that novelty milk jugs are almost always in the form of a cow. The saddle lifts off to fill with milk or cream, which is then poured through the donkey's mouth. Maybe it's for asses milk!

The finely detailed model was made in Germany for the English market and bears the import hallmarks for Chester 1907.

In the late 19th century, the British government passed legislation to tax luxury goods from abroad; a move seen at the time as a protectionist measure. Items such as silver model animals, birds, furniture miniatures and nefs (ships) were very popular at the time and being imported mostly from Holland and Germany, but for the purposes of taxation were considered without function and subject to this new tax.

To avoid these punitive import taxes, silversmiths produced model animals and birds whose heads could be removed, thus deeming them useful, functional containers. Similarly, model ships were designed so that the superstructure's top half could be removed and the wheeled hulls could be used as bowls. In this way silver articles were re-classified as practical objects, and so escaped the luxury tax.