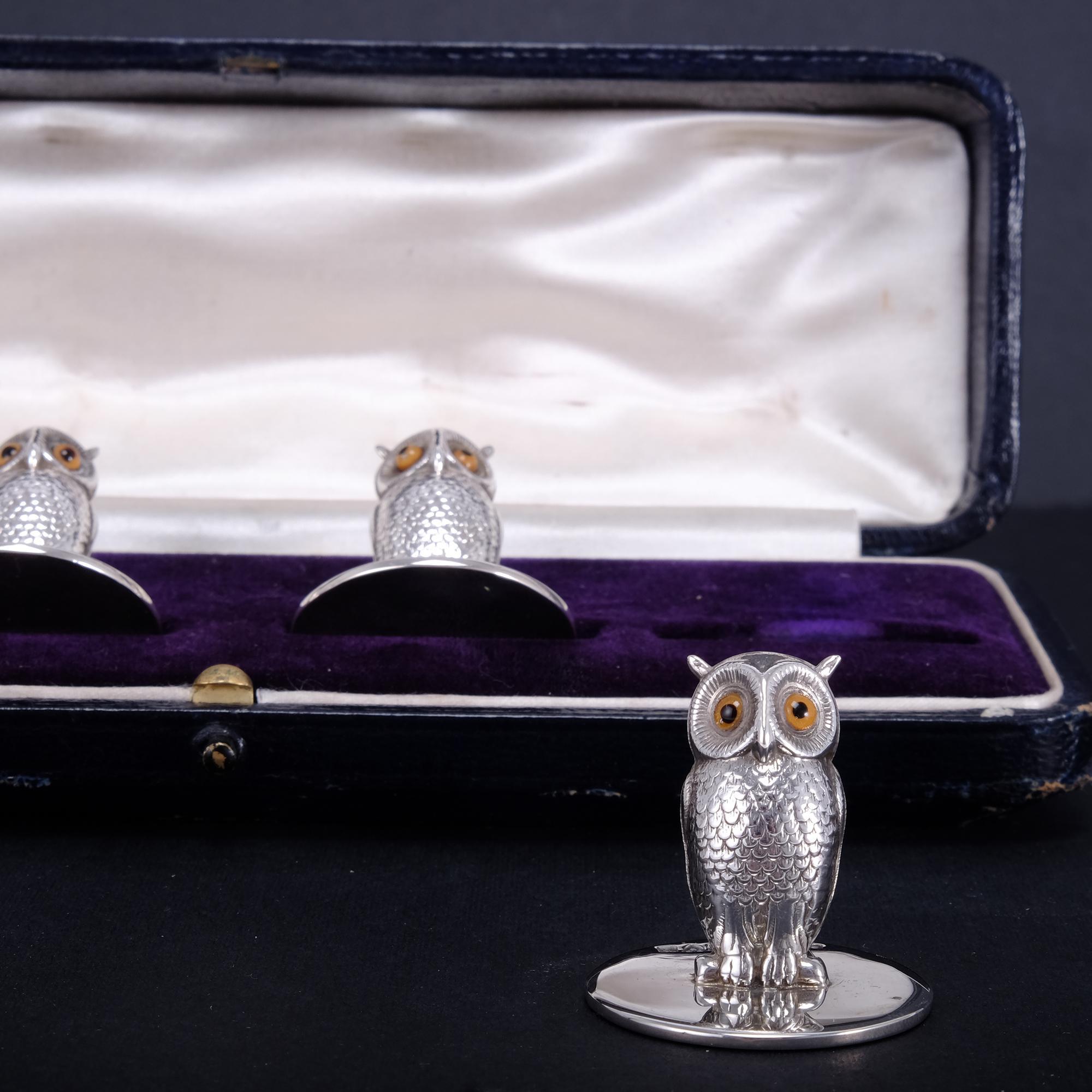 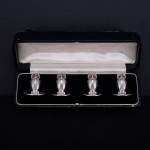 Owls have always been a popular subject for silver tableware and this charming set of four silver menu or place card holders with circular bases feature cast model owls. Their feathers and markings round the eyes are sharp and their original glass eyes are nicely clear.