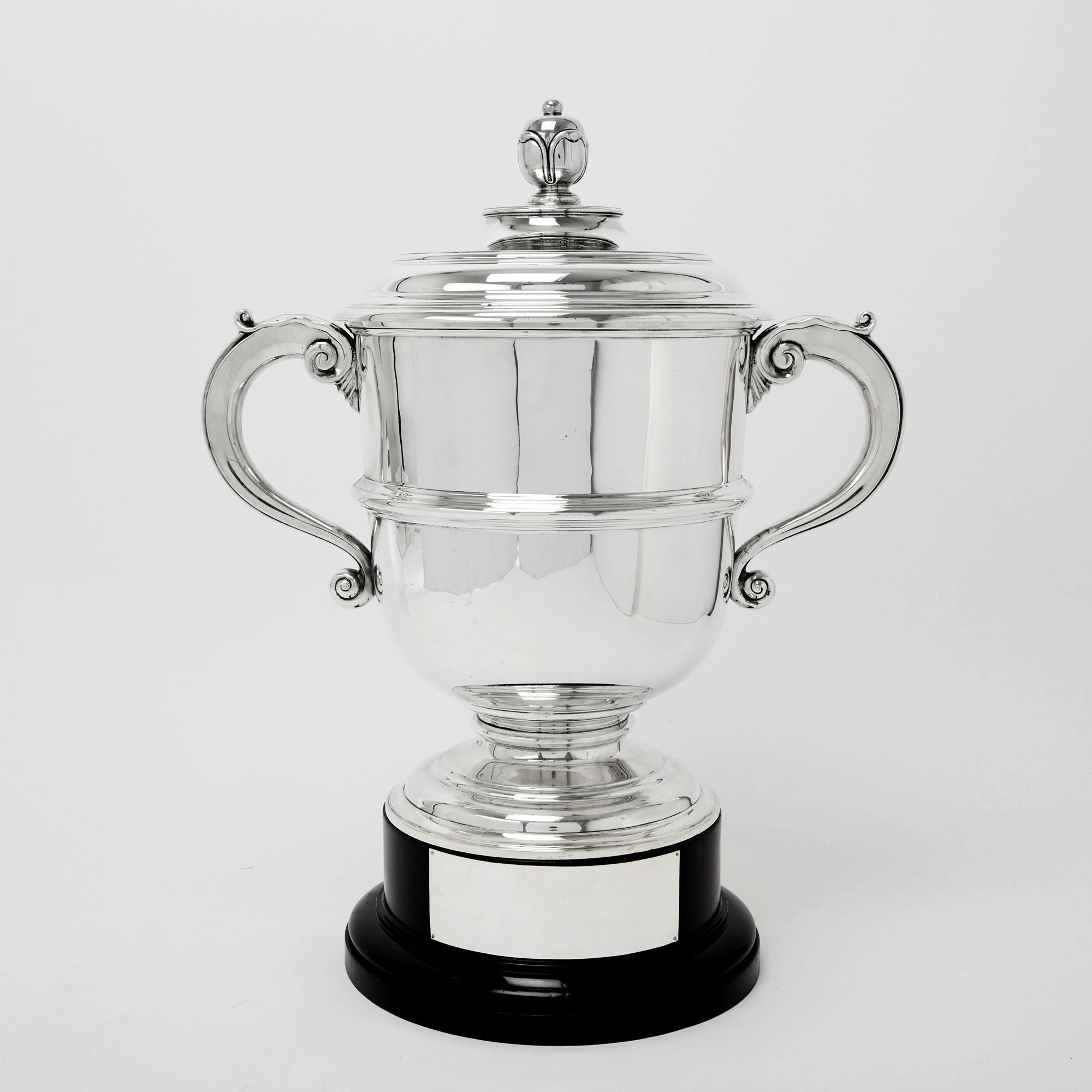 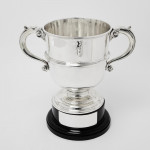 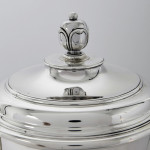 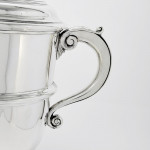 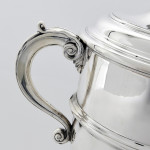 Impressive silver trophy cup and cover typical of the style made popular during the reign of Queen Anne in the early 1700s. This imposing two-handled silver trophy cup has a spreading, stepped circular base and the stepped, domed cover is surmounted by a thumb-and-bead pattern finial. The trophy sits on its original ebonised plinth fitted with a silver plaque, and both plaque and trophy cup are suitable for engraving.