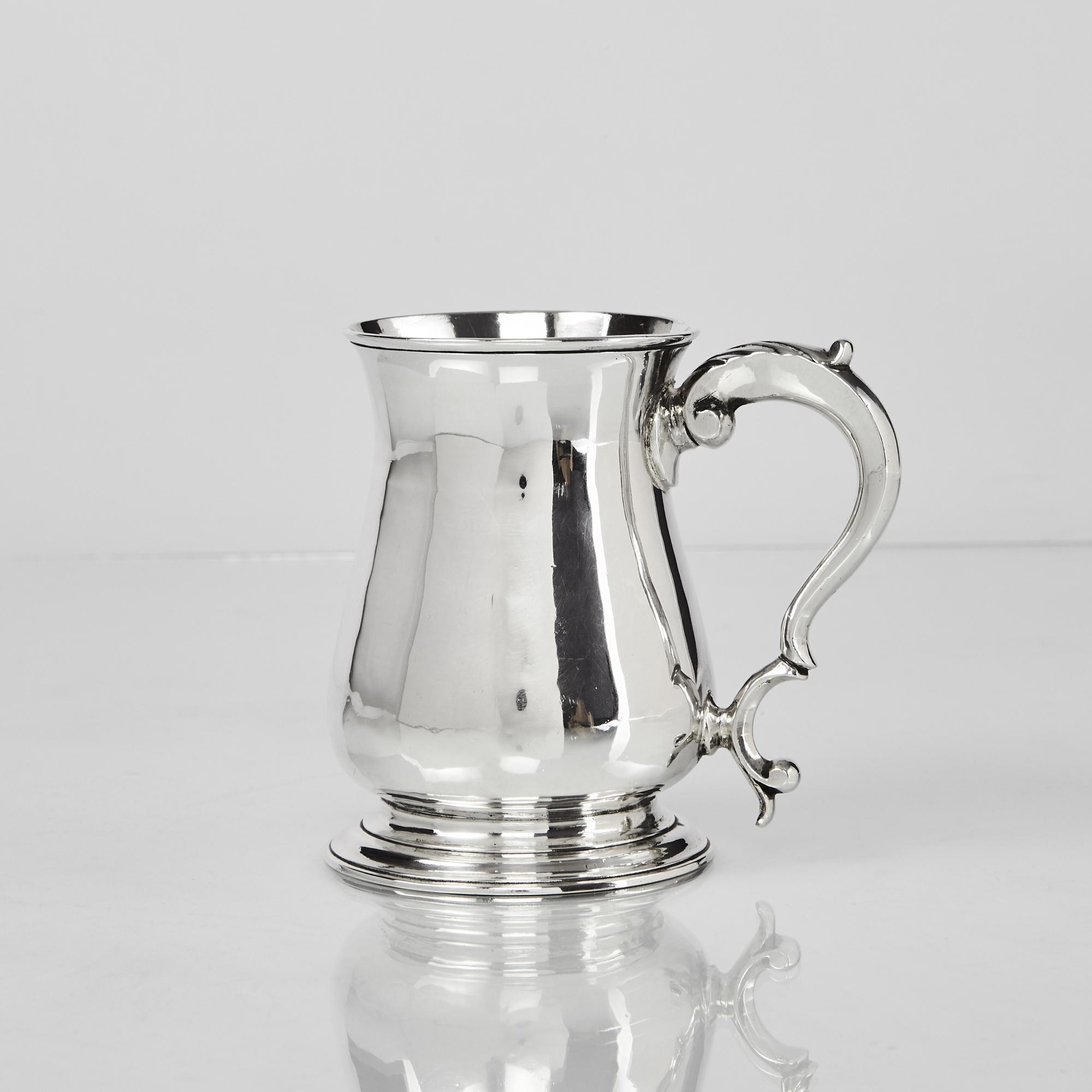 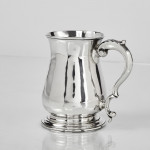 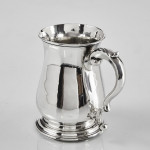 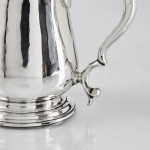 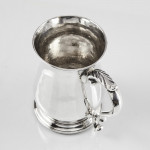 A classic early George III silver child's mug of baluster form, and mounted on a spreading circular base. The handle is embellished with an acanthus leaf pattern thumbpiece. With an 8fl ozs capacity, it is useful size for all manner of hot or cold drinks.

Like this example, most early examples of children's mugs are of a plain baluster shape, designed for their sturdiness and practicality, and in the 1760s a barrel-shaped design appeared, often simply decorated with engraved hoops.