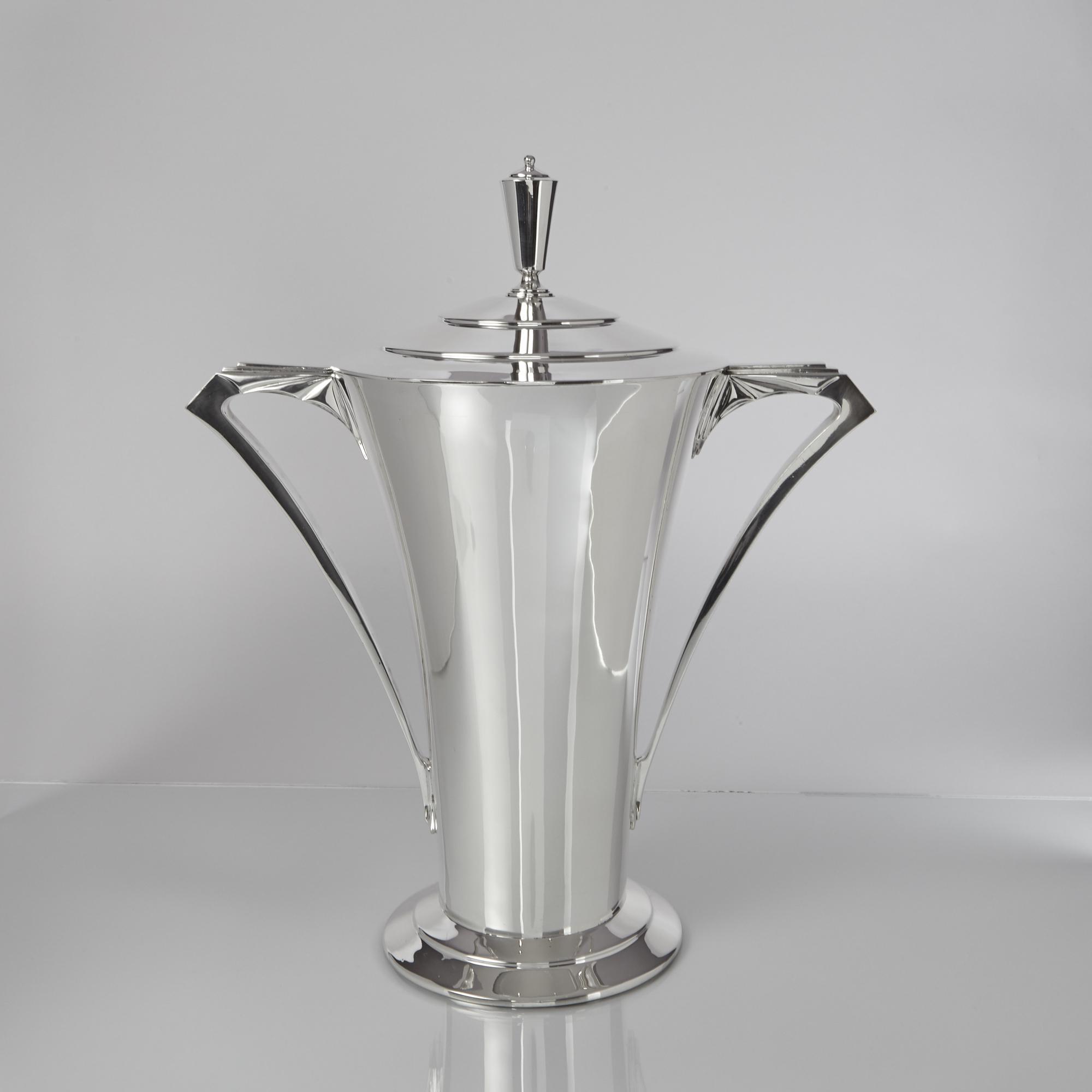 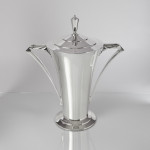 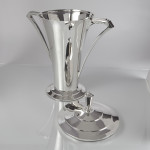 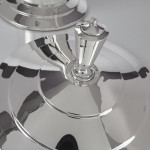 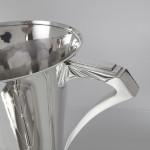 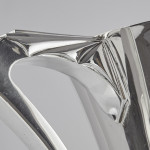 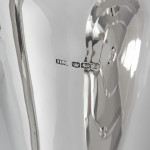 Made by Atkin Brothers, known for producing goods of an exceptional quality, this is a stylish and impressive silver trophy cup and cover, portrayed in a distinct Art Deco style characterised by sleek geometric and stylised forms. The stepped cover and base, the tapering slender handles and finial, all bear the hallmarks of the Art Deco period of the 1920s and '30s, an era that represented luxury, glamour, exuberance, and faith in social and technological progress.

The word trophy, coined in English in the 1500s, was derived from the French trophée - a prize of war. In ancient Greece, trophies were made on the battlefields while the Romans built magnificent trophies in Rome, including columns and arches and huge stone memorials.

All our trophies can be supplied with a bespoke wooden plinth and silver band or plaque for recording names of winners. For further information or a quotation, please get in touch.