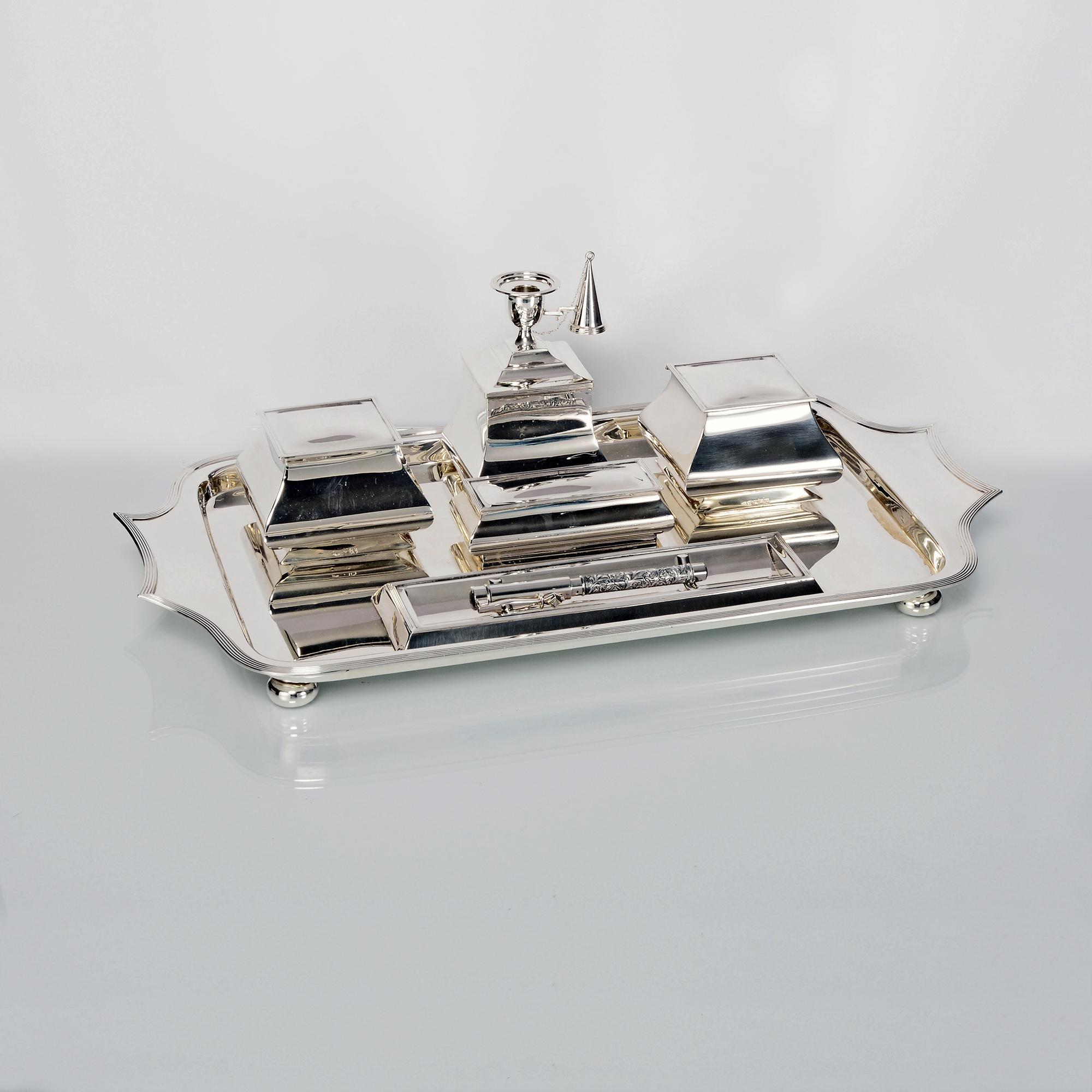 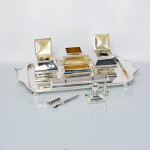 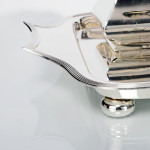 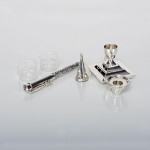 Imposing director's silver inkstand in a classic and simple design, incorporating two inkwells, pen tray, seal box, box cover, nib box, fitted chamberstick and snuffer. There are thread pattern mounts and borders and the stand is mounted on four bun-shaped supports. The snuffer was made in Birmingham.

The silver fountain pen is not included.

In 16th century Europe writing was considered to be a lowly task, and the aristocracy and upper classes would employ the services of a scribe or scrivener to write on their behalf using a quill pen and ink.

From the 17th century onwards, as the gentry began to undertake writing themselves, inkwells and inkstands became an essential accessory in every upper-class household. Silver, often combined with glass or crystal, was the most popular material used for inkstands and as well as having a practical use, some became more imposing and elaborate, often turning into decorative pieces in their own right.

Gift Inspiration For him